Like with most people, life has not cooperated very well with how quickly I’ve wanted to get things done. I know that Chorus (episode 4) is still on the way, but I just couldn’t wait any longer to present the covers of the following season!

If there’s one thing I adore, it’s subverting expectations, and that’s exactly why these covers are red! Did you think I would maintain the morose greyscale forever? 😉 Each season will have its own color scheme, and yes, I most definitely have ideas for more than two seasons! This serial is based on an old unpublished trilogy of novels, after all, and though the story has changed massively, I want it to at least be as long or longer. Three seasons feel like the minimum that would be appropriate, and trust me, I am planning ahead! Hence these covers, and an in-the-works pre-order opportunity for all four of them that I’m quite excited about.

Feedback Season Two: The Crimson Royalty is set almost immediately after the events of Season One (no spoilers). While Season One was mainly about setting up the world and the concepts that will support the entire serial, season two will dive farther into world-building, and it will do the one thing I have been itching to do with Feedback from the very beginning: subvert dystopian tropes.

We’ll see the aforementioned Unibar, a nation that is essentially the opposite of the silence-obsessed Flatson. War will brew, alliances will shift, and every single character who survived Season One will be put into drastic, hellish new situations and be forced to make irreversible decisions.

What’s more, you might have noticed that where the Season One covers each had a specific character, Season Two’s covers have objects, specifically a muscle car, town bells, an archaic cannon, and a jet plane in the disc of a sonic boom. This is intentional. In the same sense of wanting every season to have its own color, I also want it to have its own cover theme that resonates with the story. Season One’s theme was “Characters With Technology”, and we have Terry wearing headphones, Teal from Shadow Dock Five playing the violin, Opal coyly holding a glow-ball, and Blackbird just being himself, since his existence is pretty much predicated on technology.

The theme for Season Two is “Deafening Objects”, with each one escalating in severity. I like to call this the red season, as that carries with it associations of the color red: passionate, romantic, dramatic, energetic, and violent. I am working on a preview short that I will release for free soon after Chorus is released, so stay tuned!

More and more I am hearing from readers who, patiently or impatiently, ask me about when Chorus will come out, what my plans are, and what else of mine they can read. After hacking away at the self-publishing dragon for a year, I am starting to get the thing I really wanted out of it: people affected by my work who can’t wait for more.

Thank you all. I will not slow down. I will continue to give you what you want! 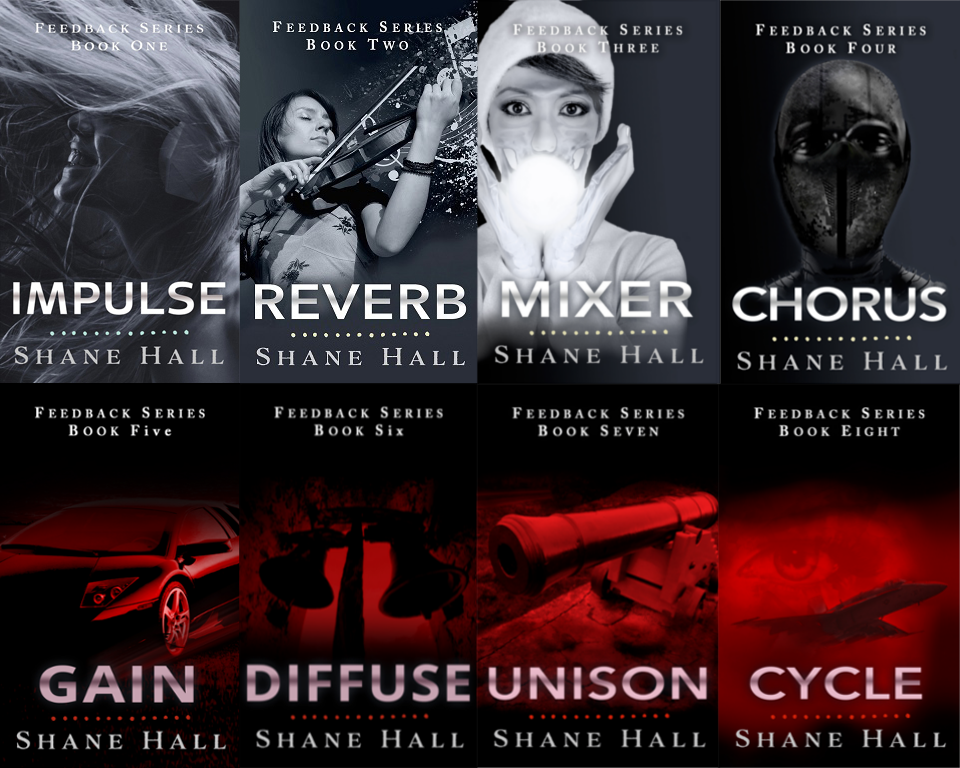